skip to main | skip to sidebar

33. Mike Pace And The Child Actors 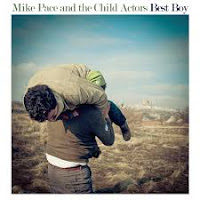 This is not some new young kid on the music scene. Mike Pace was the main driving force behind Oxford Collapse, a band now defunct for over six years. In the early naughts, Oxford Collapse was the nerd out experimental band you listened to on college radio. Much like American Analog Set, of Montreal or even Deerhunter, which were also on the fringes back then. Several bands in that vein moved onto some limited commercial success, Mike Pace took a break. A long break. You can hear remnants of Oxford in the guitar and keyboard work in this album, but at the same time, it brings a much more straightforward vibe that shows an album that fits right into the teens.

Thanks for stopping by. I listen to entirely too much music and love sharing music almost as much as I love listening to it. The purpose of this blog is to do just that and bring you along the journey with me.